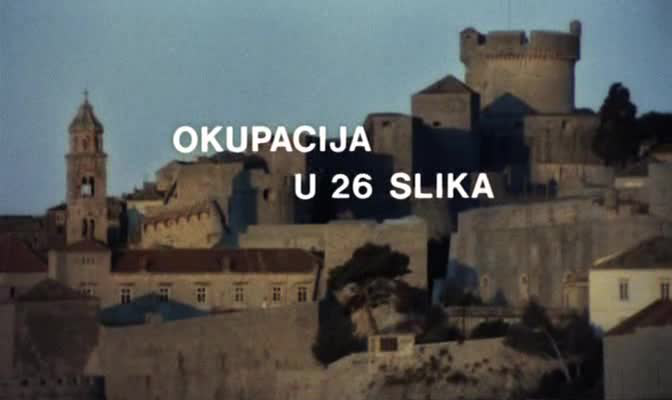 In the previous antifeuilleton, Engels mentioned two interesting things through his criticism of Dühring: the 1+2+3+4+… series and the question of our world’s dimensionality. It is high time to connect these two questions in the spirit of our time and contemporary science.

Final answer is not available, as too many potential theories arose. In our story context we will mention one, bosonic string theory. Bosons (at least those with the prefix Higgs) occupied the media for years now, so you probably know what they are: elementary particles with integer spin. Name itself is neither Greek nor Latin, they were named after Satyendra Nath Bose, an Indian physicist). The most famous example of a boson you may remember from school is a photon. On the other hand, you’ve also got particles with half-integer spin, fermions (again named after a physicist, now it was Italian Enrico Fermi).

Bosonic string theory has certain drawbacks and cannot describe all the phenomena it should, so it is not considered as relevant as, say, superstring theory, but it is interesting to us because of the fact that spacetime according to it has 26 dimensions. From 6 Dühring’s to 26 Claud Lovelace’s dimensions, just because of that weird equality 1+2+3+4+…=-1/12. How?

First, remember that spacetime is a continuum of space and time: in our everyday understanding of it, it is represented by four dimensions, three spatial and one temporal. Theories such as bosonic string theory leave space (pun intended) for extra dimensions, but without increasing the number of temporal dimensions. So, according to the bosonic string theory, there are 26 dimensions: one temporal and 25 spatial. I will try to explain why is it so using minimal mathematical requirements. Readers seeking more details can surely find something in the vast sea of literature, and as an introduction I am happy to recommend materials of John Baez freely available online.

Energy of a quantum harmonic oscillator in one dimension can take values w/2, 3w/2, 5w/2…. where w is oscillation frequency and has a positive integer value. The lowest energy, w/2 is called zero energy. For a string to oscillate, we have to find zero energy for all possible frequencies and add it. In one dimension, that is (1+2+3+4+…)/2 and it obviously diverges. Since we cannot accept infinite energy, we have to find a finite value for it. If we ask Euler to help us the way he did in the previous antifeuilleton, we obtain the value -1/24. However, physics asks for this value to be -1 (due to certain symmetry which shouldn’t be broken). Placing our string in n-dimensional (Minkowski) space would lead to it oscillating in n-2 dimensions (two dimensions form a plane oscillations are orthogonal to). That brings our energy to -(n-2)/24 which is -1 for n=26.

Conclusion comes on its own: mathematical objects, no matter how abstract, artificial and inapplicable they may look, still find a way to crawl into explanations of our world. Abel said divergent series are the work of the Devil, but that was certainly not the first act of devilisation in mathematics: negative numbers were unnatural creations and dark magic, and then came the imaginary numbers as a sign that there is a mistake in calculations (that’s how Augustus De Morgan would put it).

Time to return to our heroes, Engels and Dühring. In the same chapter of Anti-Dühring where Engels wrote about dimensions, infinity, numbers, he also wrote about force, energy, laws of conservation, something and nothing. Using that discussion as a foundation, let us ask a practical question: can a force emerge in vacuum out of thin air (pun very much intended)? The next antifeuilleton, “The vacuum is blowing in the wind” will deal with this question and discover that the unexpected answer (which is so unexpected you are already expecting it) has a strong connection with our unexpected equality 1+2+3+4+…=-1/12. That move will end the first match of glass beads game, led by the motif of 1+2+3+4+…

Occupation in 26 Tableaux is a 1978 Yugoslav film directed by Lordan Zafranović. It is mentioned here because I’m a cinephile and because of the convenient name.